I love mermaids because I am one! But I think I’d love them either way. They are so sweet and so very magical! Although mermaids are depicted in countless movies, books, paintings, etc., oftentimes I’m asked what mermaids are and how we can work with them. Mermaids are half-human, half-fish, and are gorgeous curvy creatures with long, luscious locks. Their personalities are playful, feminine, sensual, and independent. I think Madison (played by Darryl Hannah, who is an incarnated mermaid) in the movie Splash is a true embodiment of the mermaid spirit! She’s beautiful inside and out, sweet, innocent, playful, and does her own thing. 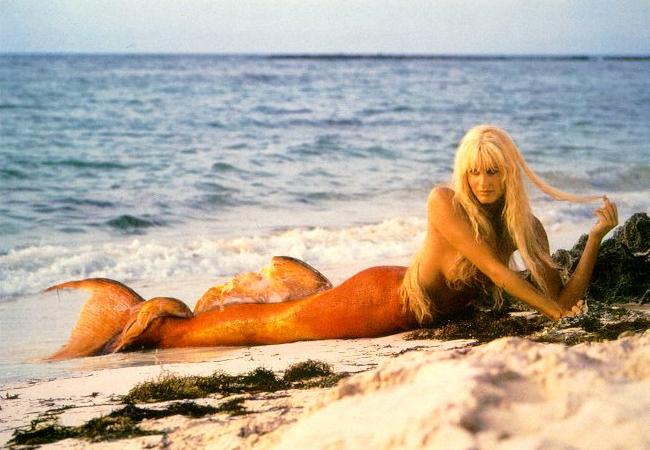 Mermaids have been around for thousands of years. Based on my research and intuitive guidance, my understanding is that mermaids are a result of genetic experimentation back in the days of Lemuria. Lemuria is an ancient society (older than Atlantis) where androgynous lightbeings lived. It was a time of pure light and love, where souls who came to live in Lemuria did not yet have physical bodies – instead they were colorful forms of energy. As the collective focus shifted, the Lemurians were interested in exploring their physical form through a denser body – and thus the mer-people were created. Many Lemurians are reincarnated today, and you might even have a connection with this magical place. Modern day Lemuria is reported to include places such as the Hawaiian islands, New Zealand, Mt. Shasta, and more. You can read more about this in the book Coming Home to Lemuria.

Comment: According to galactic sources was the merpeople created millions of year ago on another planet. The humans was created after the merpeople and the merpeople genome was partly used in the creation of the humans.

I have also read that mermaids come from Sirius, which is the Starsystem where the whale and dolphin people come from. Doreen Virtue writes about mermaids’ connection with Sirius in her book Mermaids 101. No matter their origin, mermaids have been on this Earth for quite a long time. In semi-recent times (the past 1,000 years), as Earth’s physical plane became denser and more violent, some of the mer-people ascended to another dimension on the astral plane. That is why most humans cannot see them. That being said, countless clairvoyants have shared experiences seeing and connecting with the mer-people. I personally do not see mer-people, but I definitely feel them. Even while writing this I can feel them here with me, guiding my words. So – just because you may not be able to see the mer-people does not mean they are not there. In fact, because mer-people exist on a higher dimension, space and time does not exist and therefore they are able to connect and communicate wherever you are. All it takes is pure intentions, a sincere desire to connect, and an openness to the guidance that comes through.

To connect with the mer-people in this moment, close your eyes, take a few deep breaths, and visualize yourself surrounded in white light walking into the sea. Invite the mer-people into your world, and ask them for a message. Wait for a feeling, vision, and/or guidance to come through. Mermaids are very sweet, wise and playful – so rest assured that you are totally safe to open up this communication channel.

Mermaids are also divine alchemists and magical manifestors who can help us materialize our dreams. I call upon the mermaids for just about everything, but one of my favorite stories about working with them happened a few months ago. I moved to Venice Beach at the start of this year, and when I landed into LA, I did not have an apartment. A few months prior I had a vision of living next to the ocean, but assumed it wouldn’t manifest for a couple years. I still made an intention list of my dream apartment and included, “I am enjoying a beautiful sunset view of the ocean from my home” and I called upon the mermaids for help in manifesting this. When I landed in LA, within five minutes, a studio apartment with an ocean view posted on the apartment listing site I had signed up for. I contacted the manager (whose name is Angel!) and he agreed to meet me that same day. I now live in this truly miraculous apartment with an ocean view where it smells like the sea inside, and I can hear the ocean waves crashing at all hours of the day. People can’t believe how “lucky” I got with finding it. It is a dream come true and I couldn’t have done it without the magical support of the mer-people. The mermaids can help you miraculously manifest, too! Call upon them with your intentions and see what happens :)

While this has been my personal experience with the mer-people, I also own countless books that have helped shape my current relationship with these beings – and I encourage you to explore and develop your own way of working with them. Here are a few passages from some of my favorites that further clarify what mermaids are:

“I believe that mermaids, unicorns, fairies, and other so-called mythical animals once lived as physical beings on Earth. After all, these creatures are represented in countless paintings, carvings, and writings around the world since ancient times. They were either hunted into extinction, or they elected to move to a higher-vibrational frequency (nonphysical) that only pure-hearted believers can access.” -Doreen Virtue, “Mermaids 101″

“The mermaids are, to me, the deep elemental beings, the wisdom of the sea, the most often unseen ones who cleanse and protect the waterways and their inhabitants. They are no fantasy – they are an elemental force to be reckoned with. We have conjured images of mermaids and beings that most often reflect back to us something of our own wisdoms and prejudices. Unsoulled sirens of the medieval era, heartless vamps in the early 1900s, feisty girl-women in 2000, and finally, now, they are no longer longing for the land – our stories of mermaids are celebrating their true home, their unique abilities, and no lfs6sk2xjonger forcing them to walk, to breathe air, or to fall in love with the men of the land to acquire a human soul. They are Other, and they need not our approval.” -Lucy Cavendish, “Mermaid Magic” 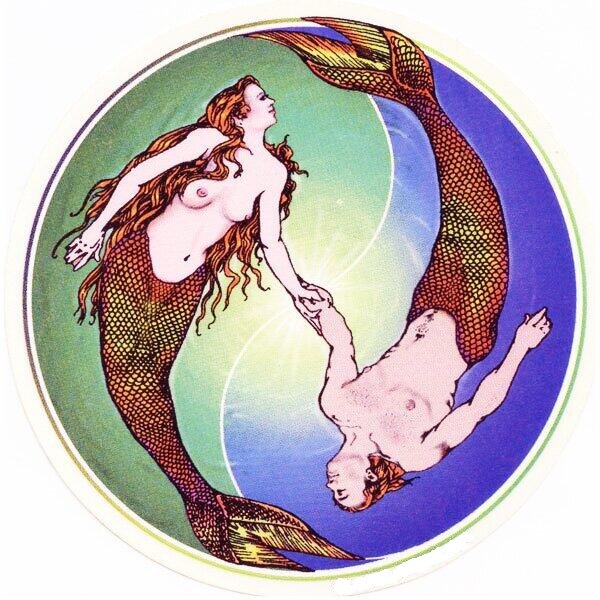 “Are mermaids real? Just because a number of different creatures can transport themselves quickly and easily between the astral realms and this world does not mean they are illusions and do not exist. It simply means humans must be much more aware of their surroundings if they wish to see these beings. We tend to be aware of the big picture and forget to look at the small, lovely details of life. It is very difficult to explain about the Earth and astral realm issue with the mermaids and other water creatures, because the old tales speak of them as actually having been in this world. However, at some time this species and many others decided to move completely to the astral realm for safety. The mermaids, other beings, and their habitats and civilizations are now entirely found in the astral realm, although they have the ability to visit the physical plane whenever they wish.” -D.J. Conway, “Magickal Mermaids and Water Creatures”

Comment: There are merpeople colonies on the Earth Physical and Etherical plane.

“The mer-folk - mermaids, in particular – have powers far beyond human capability. This fact about mermaids goes back as far as there is verbal or written history about these water creatures. They have been known to grant humans wishes and gifts, such as healing. The mer-folk and many of the water creatures are great healers and forecasters of the future. Little is known of these traits, probably because humans have never taken the time or made the effort to befriend and learn from these amazing beings.” -D.J. Conway, “Magickal Mermaids and Water Creatures”

Discription about a meditation given to the lady on this video by mermaids on how to neuterialize radioactive radioation in the ocean with the Fukushima accident in mind.

What do you think/feel about the mermaids?

How do you work with them?